Netgenz - Science | The universe has billions of the most amazing objects. Among the billions of objects that are in the form of nebulae, galaxies, or others. Some objects other than the private star and our solar system are called deep-sky objects, astronomical objects that have a fairly dim light, but if the view from the earth lacks light pollution, it really looks bright.

There are eight types of deep-sky objects popular among astronomers that are interesting to read. Yok, read the narrative!

Read Also: 5 Mysterious Things That Are on the Moon 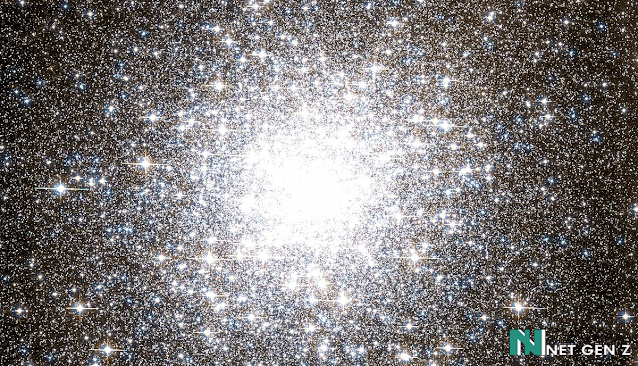 Some of the popular globular clusters include Messier 13, Messier 22, and Omega Centauri.

Some of the popular open clusters include Messier 45 (The Pleiades), Messier 44 (Praesepe), and Messier 16 (The Eagle Nebula).

Gas nebulae or what we know as nebulae are large clouds containing hydrogen and helium which are the building blocks of stars.

This nebula comes from a stellar explosion or what we know as a supernova. This nebula is really active in giving birth to new stars and most of the stars in this nebula are young, around a few hundred million years old. Some of the popular nebulae include Messier 42 (Orion Nebula), Messier 78, and Messier 43.

Read: 5 Facts about the Life Cycle of Stars in Space

Gas nebula with clusters as an object that is almost similar to a nebula, but in this nebula, there are clusters of stars that are usually open clusters. Several gas nebulae objects with clusters include Messier 45 (The Pleiades) and Omega Nebula.

Then there is the planetary nebula. This object is one of the objects that attract astronomers because this object is created from the explosion of a red giant star that leaves a white dwarf at its core.

Usually, the lifespan of planetary nebulae is quite short, around a few tens of thousands of years. When a star erupts, stellar material also scatters into space and produces a ring nebula. This object was the first time Messier had seen it. The small object in the center of the ring is the hottest white dwarf star.

Some of the popular objects include Messier 57 (Ring Nebula) and NGC 6543 (Cat's Eye Nebula).

Hearing the word galaxy, of course, is not foreign to our ears. Our planet is also in the galaxy, the Milky Way Galaxy. The Milky Way galaxy counts as a spiral galaxy. Spiral galaxies have the most obvious bumps at their core.

Galaxies contain stars, nebulae, and more. Usually, spiral galaxies are really active in producing stars. There are many types of spiral galaxies, namely Sa, Sb, and Sc. Type Sa has a disc that is close to the core, type Sc has the slackest disc in its entirety, and type Sb is the middle between the Sa and Sc types.

Spiral galaxies range in size from 5 to 100 kiloparsecs and have masses ranging from 10⁹ to 10¹² solar masses. Some of the popular spiral galaxy objects include the Milky Way Galaxy, Andromeda Galaxy, and NGC 628.

Apart from spiral galaxies, there are also elliptical galaxies. These galaxies are usually old and contain many globular clusters. This galaxy contains old stars that will soon meet their end. This galaxy does not produce stars, even this galaxy holds tightly to its old stars.

In addition to ellipses and spirals, some galaxies are irregular. This galaxy is so full of dust and gas that it is really active in producing new stars. Some popular irregular galaxy objects include Caldwell 21, the large and small Magellanic Clouds.

Of course, the discovery of various deep-sky objects that are popular among astronomers cannot be separated from the development of current assessment technology. Some astronomers also believe that many secret objects in the universe cannot be achieved with today's technology. From the various types of objects above, have you ever seen them? If not, are you ready to hunt down deep-sky objects?