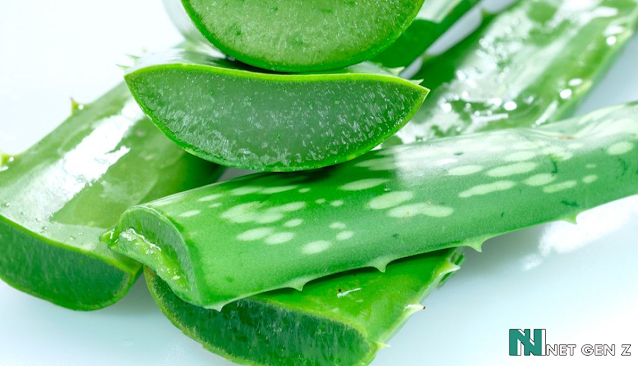 Netgenz - Health | Who does not know the aloe vera plant or aloe vera? Besides being an ornamental plant, aloe vera is often used for medicine or natural treatments for several conditions.

Here 6 Benefits of Aloe Vera for People with Stomach Acid

Quoted by Healthline, aloe vera has anti-inflammatory benefits. Here's why aloe vera is often relied on to treat sunburned skin or minor irritations.

Aloe vera juice is rich in vitamins, minerals, and amino acids. Therefore, aloe vera juice is said to be able to detoxify the body when eaten internally. It can improve digestion and eliminate body waste.

A 2015 study in the Journal of Traditional Chinese Medicine found that decolorized and purified aloe vera may be a safe and efficient treatment for reducing reflux symptoms.

Some researchers have suggested that aloe vera may work by reducing acid production and acting as an anti-inflammatory agent.

Quoted by Healthyy.net, aloe vera contains anti-inflammatory substances such as C-glucosyl chromone, sterols such as lupeol, cholesterol, beta-sitosterol and campesterol, mannose-6-phosphate and polysaccharides, and the hormones auxin and gibberellins.

The bradykinesia enzyme in aloe vera destroys the inflammation or infection triggering compound, bradykinin. It helps in the release of nitric oxide which prevents infection and cancer associated with it.

Make You Like: Skin Care - Tips on How to Take Care of the Skin for Hijabs

Quoted by Benessence, consumption of aloe vera juice can stimulate the immune mechanism and strengthen it. This will give a good effect on the body to fight microorganisms that can cause gastric inflammatory disease, such as the bacterium Helicobacter pylori.

According to the Mayo Clinic, H. pylorus is a bacterium that causes an infection in the stomach and is a common trigger for peptic ulcers. In fact, many people don't know they have H. pylori because they don't feel any signs. If you have symptoms and signs of a peptic ulcer, your doctor may test you for H. pylori infection.

Signs that you feel if you have an H. pylori infection include:

A 2014 study found that aloe vera can strengthen the immune system. Acetylated mannose is found in aloe vera and is a strong immunostimulant. This substance enhances the phagocytic role of macrophage cells, the response of T cells to bacteria, the production of interferons and chemicals that can enhance the immune system to stimulate antibodies.

Aloe vera is a natural antimicrobial. Referring to Healthyy.net, the method works by suppressing lipid-producing genes so that insulin resistance increases and the toxic impact of lipids on the liver will decrease.

Just as we know, the liver is the most important organ for digestion, because this hepatoprotective character of aloe vera can improve digestion and prevent heartburn or burning sensation in the chest which is called a special symptom of gastroesophageal reflux disease or GERD.

Aloe vera is said to reduce the chances of leukocyte infiltration (movement of white blood cells outside the blood towards the affected site) and TNF-alpha focus in H. pylori infection.

Several substances such as flavonoids, quinones, and phenols are found in aloe vera. Some of these substances exhibit the antibacterial activity of susceptible and resistant H. pylori and can be used for treatment with a combination of antibiotics. This gives a strong indication of the antimicrobial effect of aloe vera on H.pylori (a bacterium that tends to destroy the gastroesophageal system), thereby reducing the effect of gastric acid secretion on the gastric structure.

It was found that the trigger for GERD was the result of infection and oxidative depression. Nach, aloe vera can help reduce the symptoms of GERD because of its anti-oxidant and anti-inflammatory properties.

Aloe vera blocks the activity of cyclooxygenase (an enzyme that participates in stabilizing superoxide in cells), has the power to scavenge superoxide anions, reduce lipid peroxidation, and regulate antioxidant enzymes; because it acts as a powerful anti-oxidant.

Read: 6 Health Risks of Eating Too Much Bitter Gourd

Aloe vera contains a special strength mucopolysaccharide. The working steps are, first with tissue regeneration. Furthermore, they create a protective barrier over the mucous membrane or mucous membrane.

The picture, aloe vera that is eaten later will spread like a thin layer on the inner wall of your digestive organs, so this will protect the mucosa from irritation and infection.

6. Reduces discomfort and pain due to gastric irritation

Patients with acid reflux and GERD generally feel an uncomfortable feeling in their stomachs. Feeling this discomfort can be heart cramps, pain, and nausea.

Because aloe vera contains angiogenesis which helps the renewal of the gastric mucosa to have an analgesic, anti-inflammatory, and antimicrobial effect. So, those of you who consume aloe vera to treat gastric infections can breathe easily because it helps reduce cramps and nausea.

There was a randomized study of 79 GERD patient subjects published in the Journal of Traditional Chinese Medicine in 2015. Some people were given 10 ml of aloe vera syrup a day, which was standardized to 5.0 mg of polysaccharides per ml of syrup. Other subjects received omeprazole capsules (20 g/day) or ranitidine tablets (150 mg fasting in the morning, and 150 mg 30 minutes before bedtime) for four weeks.

The assessment was carried out by observing the frequency with which eight specific signs of GERD (heartburn, food regurgitation, flatulence, belching, dysphagia, nausea, vomiting, and acid regurgitation) were observed in the 2nd and 4th weeks of the experiment.

As a result, aloe vera is safe to use and can be tolerated well. The results show that aloe vera reduces the frequency of occurrence of GERD symptoms without causing effects that require discontinuing the use of aloe vera.

How to consume aloe vera

If you want to try aloe vera for healing or treatment for acid reflux and GERD, there are many important things to pay attention to.

First, determine the aloe vera that has been sterilized and the color is clean. This aloe vera is referenced to be eaten.

Second, the consumption of aloe vera begins with the amount of one tablespoon a day to see if there are any possible effects.

If you are pregnant or planning to become pregnant, stop consuming aloe vera or ask your doctor.

Those are some of the benefits of aloe vera for gastric acid patients. Remember, increased stomach acid can be caused by several factors, one of which is late eating and depression. Keep a regular eating plan and manage depression well. no less important, obey the doctor's advice, yes!