Netgenz - Netizen buzz Sport | When they failed to keep the Ligue 1 title last season, Paris Saint Germain made the team more exclusive in the 2021/2022 season. They brought in a row of big stars, such as Lionel Messi, Gianluigi Donnaruma, Sergio Ramos, and Giorgino Wijnaldum.

This transfer tactic proved to be good because they again led Ligue 1. Until the 27th week of Ligue 1, PSG was strong at the top of the temporary standings with a 13-point advantage. Even so, that doesn't mean their team never loses.

During this season running, they have swallowed six defeats from 5 different clubs. Which team managed to beat PSG? We read the following explanation!

The local competition began with the Trophée des Champions match between last season's Ligue 1 champions, LOSC Lille, against PSG as League Cup winners. In this match, PSG fielded the majority of its 2nd tier players.

Meanwhile, in this match, Lille has lost several key players, such as Mike Maignan and Baubakary Soumere, and coach Christophe Galtier. However, Lille appeared surprising by winning the match through Xeka's single goal. This defeat immediately reaps scathing criticism for Mauricio Pochettino.

Read: 5 Premier League Clubs with the Most Gold Shoe Titles

Criticism of many factions paid with PSG's excellent start in Ligue 1. They scored consecutive wins in the opening few Ligue 1 matches to immediately lead the standings. However, the record stopped in the sixth week in the hands of Rennes. At that time PSG silenced with a score of 2-0.

Rennes' performance this season is eye-catching. Currently, they are in fourth place in the Ligue 1 standings. They also have the opportunity to appear in the Champions League next season.

Read: 5 Premier League Clubs with the Most Gold Shoe Titles

PSG's start in the Champions League group stage is also no less excellent. They have never lost in their first three matches, including beating Manchester City with a score of 1-0. However, Pep Guardiola's men managed to avenge the hurt in the 2nd face-to-face at the Etihad Phase.

City managed to win with a score of 2-1 after being left behind by Kylian Mbappe's goal. This defeat made PSG have to be happy to finish in 2nd place in the Champions League group stage which made them have to meet Real Madrid in the round of 16. 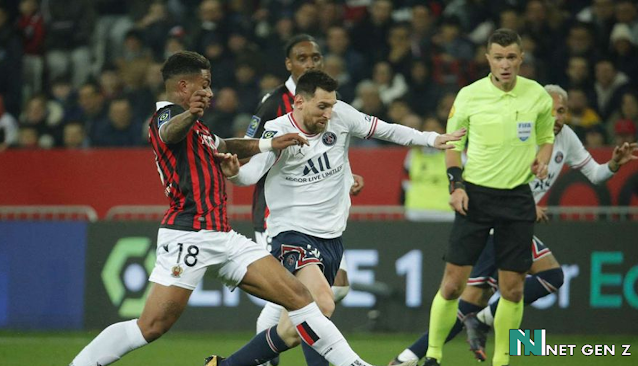 OGC Nice's performances this season have been phenomenal under the guidance of the new coach, Christophe Galtier. They currently sit in second place in Ligue 1 and are PSG's strongest competitor. Even though the quality of the players is far inferior, they have managed to beat the club from Paris twice this season.

Their first victory was achieved in the last 16 of the League Cup on penalties. And the 2nd victory they just achieved in the 27th week of Ligue 1 with a score of 1-0. Currently, they are 13 points behind PSG at the top of the table.

Read: 5 Brazilian Players with the most LaLiga Trophies

PSG's shocking defeat occurred in the 25th week of Ligue 1. The problem was they were silenced by a mediocre club, FC Nantes, with a score of 3-1. Even though at that time they appeared with the best team, including the Neymar-Mbappe-Messi trio in the attack line.

For Nantes, this was a reward for their hurt because they also lost by the same score in the first face-to-face. Currently, Nantes itself is sitting in eighth place in the standings while Ligue 1.

Paris Saint Germain's chance to win Ligue 1 this season is huge. Their status has been difficult to pursue apart from the 3 defeats they swallowed in Ligue 1. Of course, PSG's big determination right now is the Champions League. They had the opportunity to advance to the quarter-finals after winning 1-0 over Real Madrid in the first round of the Champions League last 16.