Netgenz - Netizen buzz Sport | The quality of some players from Brazil in the world of football has never been in doubt. Brazil always produces top players who have had many careers and have had success in Europe. One of the great European leagues that many players from Brazil have tried is the Spanish LaLiga.

The result is not annoying because several Brazilian players had brought his team to win LaLiga. Who has the largest collection?

Here are 5 Brazilian players with the most LaLiga trophies

The Brazilian player who has won the LaLiga trophy the most in history seems to be Dani Alves. This right-back player has won the Spanish League about 6 times. He achieved that during his eight seasons with Barcelona from 2008 to 2016.

After briefly moving to clubs, now Dani Alves has returned to Barcelona since the end of 2021. Already 38 years old, he is only contracted until the end of the 2021/2022 season. Dani Alves' opportunity to add to the LaLiga trophy this season is tough because Barcelona has been left quite far from the top of the table for a while.

Read: 6 Players Who Have Won the Premier League Cup

Marcelo, the Real Madrid captain, is in 2nd place with five LaLiga trophies so far. The player who plays left-back has been with Real Madrid since 2007. Apart from 5 LaLiga trophies, Marcelo has also won 2 Copa del Rey, 4 Champions League, and 12 other trophies.

This 2021/2022 season, Marcelo had the opportunity to add his LaLiga trophy collection to six trophies. The problem is that Real Madrid is still at the top of the league standings after 26 weeks. If successful, Marcelo will win the LaLiga trophy as Real Madrid captain for the first time.

This player is a Real Madrid legend from Brazil who plays left-back. Roberto Carlos made a career in LaLiga from 1996 to 2007. He won a total of 13 trophies with Los Blancos, including 4 LaLiga trophies and 3 Champions Leagues.

Roberto Carlos himself is popular in scoring goals because he has the most powerful left-footed shot. During his time at Real Madrid, he wrote 70 goals and 99 assists in 527 games in all competitions. Apart from that with Real Madrid, Roberto Carlos also won the league title in his native country with Palmeiras.

Make You Like: 5 Most Prolific Duo Combinations in the Premier League 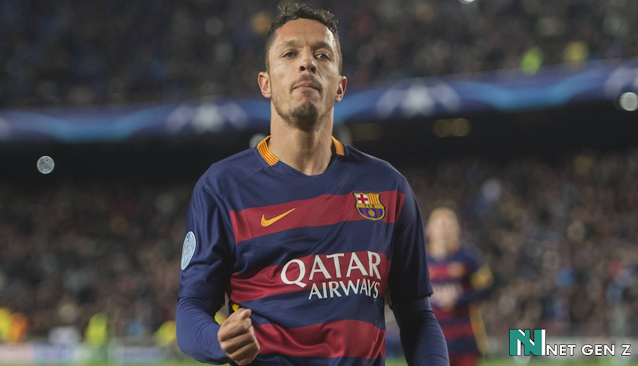 Adriano has a collection of four LaLiga trophies throughout his career. The player whose complete name is Adriano Correia Claro is a defender or midfielder from Brazil who has played for Sevilla and Barcelona. He wore Barcelona shirts from 2010 to 2016 and managed to bring the Blaugrana to sixteen trophies.

That includes 4 LaLiga trophies, 2 Champions Leagues, and 3 Copa del Rey. With Sevilla, Adriano also won 6 trophies in 5 seasons. Currently, Adriano has not retired but is currently without a club.

Read: 5 Players with the Most Hattricks in the Bundesliga

Another Brazilian player who has won LaLiga 4 times is Evaristo de Macedo Filho aka Evaristo. Evaristo is a striker who played from 1950 to 1966. He has played for two LaLiga clubs namely Barcelona and Real Madrid and has won two LaLiga trophies each with both of them.

Of the 5 players above, only Dani Alves and Marcelo are actively playing in Spain so that they have the opportunity to bring their team to LaLiga champions. Can they add to their collection of LaLiga trophies before retiring?