How to Service Hot Water Dispenser All 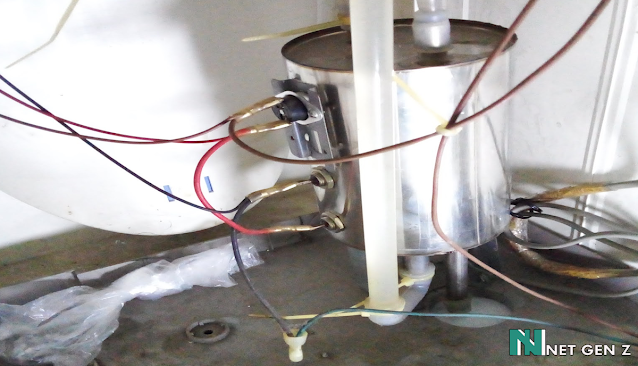 All hot water dispensers are indeed not fatal enough. But for novice users, this must be quite confusing to find out why it happened. While it's not a serious problem, it's still a common problem with dispensers and can certainly be updated.

As we all know, dispensers usually have two taps, one for hot water and one for normal water. But some use three taps for the hot and cold dispenser type, namely two taps for cold and hot water, and the other one for plain water.

Then, what is the trigger for all hot water dispensers? This is generally due to an element not working normally, in other words, it has been destroyed.

Is it a bimetal?

Bimetal is a tool made of metal and iron and serves to determine the temperature of the heat. So, bimetal can also be called a thermometer, or if the dispenser is often called a thermostat/thermos.

When in the dispenser, this tool is used to detect heat in the heating tube so that there is no overheating.

The place is attached to the tube, generally, some are bolted but some are tied using wire. One dispenser uses two bimetals, and some use one thermos. Some sizes are 90ºC, 85ºC, or 150ºC, but what we generally often encounter is 90ºC.

How the bimetal works on the dispenser

Here we try to explain the bimetal working steps on the dispenser installation mechanism.

Then, after the water in the tube starts to cool, that is, the heat is less than 90ºC, therefore the bimetal will reconnect until an electric current will enter the components and the process of heating the water also occurs again.

So basically when the water in the tube has reached a temperature of 90ºC or 150ºC (depending on the size used by the bimetal), the bimetal will cut off the electric current.

And will reconnect the electric current when the water in the heating tube starts to cool or maybe less than 90ºC or 150ºC.

Until when this bimetal is destroyed, generally it cannot know the heat which in the end the components treat hot water continuously, and in the end, the hot water reaches the cold water tube.

Of course, this causes the water in the cold water tube to be hot too so that when the 2 dispenser faucets, both cold and hot, are opened, all the water that comes out will be hot.

It's quite easy to fix the dispenser, where the 2 faucets release hot water, all of them are quite easy because it can be emphasized that the problem is in the bimetal. Since the price of this bimetal is relatively cheap, we can immediately exchange it for a new one.

First, dissect the dispenser, then find out where the bimetal is. Usually attached to the hot water tube which is located in the bottom side dispenser.

Some dispensers are immediately visible, but some are not because they are covered with aluminum foil. Please just search until you meet, then when you meet, bring the bimetal as an example to an electronic spare part shop.