Premier League: 6 Former Goalkeepers with the Most Clean Sheets in UCL

Netgenz - Netizen buzz Sport | Not only the front line, but the back defense is also important in a soccer team. The goalkeeper is the most reliable "wall". Therefore, their presence was privileged.

The legend of Manchester United is in the first place. He is Edwin van der Sar who managed to keep 51 clean sheets in the Champions League. He played in 98 games with three clubs, namely for Ajax, Juventus and for Manchester United of course.

The Dutch goalkeeper is better known as the legend of the Red Devils because his name sparkles most when grazing at Old Trafford. Van der Sar joined in the summer of 2005 from Fulham United, then decided to hang up his boots in 2011.

Petr Cech retired in 2019 with Arsenal as his last club. He subsequently served as technical and performance director for Chelsea. But interestingly, in December 2020 he decided to return to grass again. The goalkeeper from the Czech Republic had appeared to defend Chelsea U-23.

The player with the unique head protection has an interesting record in the Champions League. He is the goalkeeper with the fourth most clean sheets in the history of the competition. Cech has also swept 49 games out of 111 performances for three clubs, namely Sparta Prague, Arsenal, and Chelsea.

On this list, Fabien Barthez is the first goalkeeper to retire. He stopped playing in 2007 at the age of 36. In the English Premier League, this French player has only played for Manchester United. But the results are quite satisfactory. With Manchester United, AS Monaco, and Olympique Marseille, Barthez managed to collect 24 clean sheets in 57 appearances in the Champions League. One thing that cannot be ignored, Barthez was played as a winger while defending the Red Devils in experimental matches in pre-season.

Throughout his career in the world of football, Pepe Reina has traveled to many clubs, including clubs in the English League. Liverpool became one of the clubs in England's special competition that he had visited.

In the Champions League, Reina has recorded 24 clean sheets in 74 matches. The goalkeeper, who is currently 38 years old, played with five clubs, namely Barcelona, ​​Villarreal, Napoli, Liverpool, and most recently with Lazio.

Polish goalkeeper Wojciech Szczesny is a goalkeeper who was born from the Arsenal U18 team. He was promoted to the special team for the Gunners in 2008. Having a long career in London, he finally went to Juventus in 2017.

Wojciech Szczesny, who is now 31 years old, has managed to collect 23 clean sheets from 59 performances. He recorded that record with three clubs, namely Arsenal, AS Roma when he was on loan before, and with the club, he currently defends, namely Juventus. 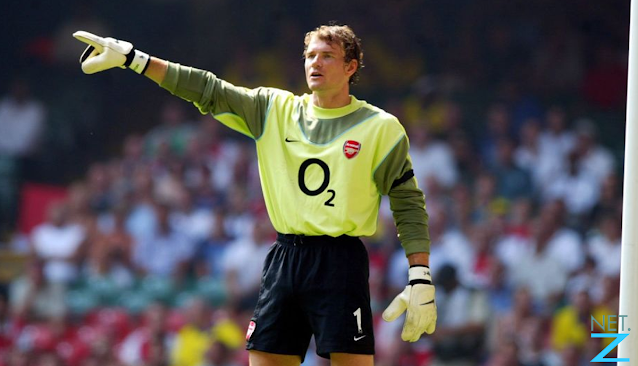 Lastly, Jens Lehmann played for Arsenal for five years in his first season (2003 to 2008), and only briefly in his second season before retiring in July 2011.

Lehmann as a goalkeeper from Germany who managed to clean 23 clean sheets in 67 matches in the Champions League. The former Premier League goalkeeper played for three clubs, namely Borussia Dortmund, Arsenal, and VfB Stuttgart.