How to Assemble a Good and Correct Computer 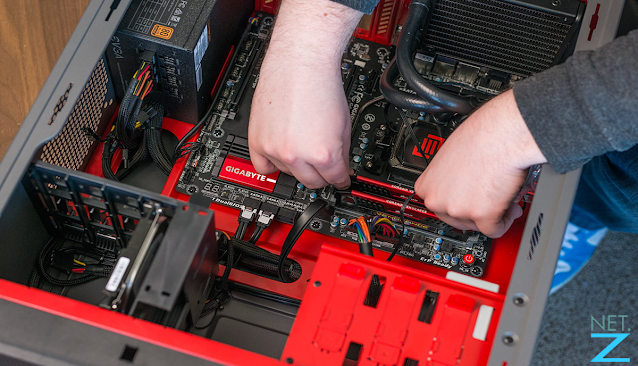 How to Assemble a Computer

How to install the Ram/memory module, namely: First open the lock lever, then adjust the position of the indentation on the memory module with the groove in the slot. If it is right then press and reinstall the RAM/memory lock lever.

6. Installing the Motherboard and Case Cables

To install a drive such as a hard disk, CD-ROM / DVD-ROM, the way is:

Card Adapters that are usually installed are sound, video cards, modems, and SCSI adapters. The installation method is: insert the Card Adapter in the available slot on the motherboard, then press until the connector is completely inserted, then give the screw as a cardholder.
How to Assemble a Computer

9. The final stage of computer assembly

If all the steps for assembling the computer have been completed, now cover it with the casing and give the screws. Connect the cable from the power supply to the wall socket and also connect the monitor connector to the video card port, the keyboard cable connector, and the mouse connector to the mouse port.

After the computer has been assembled, we check and test the results with the BIOS program, the method is:

11. Solutions such as a problem with the computer assembly