Synopsis of Drama Mine Episode 2 Part 1

Sister Emma testified: The incident took place in Cadenza. When I found it… both of them were lying there.

Hiso is not very calm about what he has done with Jakyung. But he tried to forget it and sleep.
Seo Hyun also felt uneasy about the video. It's so stressful.

Unexpectedly, Yuyeon refused. He felt he couldn't do it. Suhyuk noticed it and smiled instead.
The two then walked together. Mutual lyrics. Suhyuk who was walking behind quickened his pace and walked next to Yuyeon.

Yuyeon was also actually curious. Why can't the young master sleep in a room as good as this? He smiled and soon they were both asleep.

In the morning Yuyeon woke up and tied her hair. He looked at the face-down photo frame and looked at it. He wiped the glass with his sleeve and then put it back so he could see.

Time for breakfast. Everyone had gathered but Suhyuk wasn't there. The mother even asked her eldest grandson. Seo Hyun tells that she is still sleeping. It looks like I'm tired of flying. Jinho told Yuyeon to wake him up but Mom forbade him. Let him sleep well.

Mom didn't want to eat soup and called the chef to give her some meat. Mom got what she wanted. After that, it was his son's turn to protest about his food. He wanted to eat a sore throat soup. Seo Hyun immediately glared at him. Had to eat what was already there.

Suhyuk finally woke up. Like being surprised to wake up in someone else's room. Weird.

Soyoung walked with Hiso while on the phone with Mr. Kim and told Hiso's kako to be out soon. There is an event at 10.30 at the Hawon Gallery. All schedules are completed before 17.00.

Hiso asks if tomorrow's schedule has been shifted to today? Soyoung confirmed and informed that Young Master Suhyuk's fiancé would come for the first time tomorrow. That's why all the women of this family will be in Cadenza.

Hiso met with Jakyung and mentioned yesterday. Maybe he lived abroad for so long that he was very free-spirited. Jakyung apologizes to Hiso and promises to be careful.

Hiso tells Jakyung to text him when his son comes home. Then give him A1 milk before his violin class starts. The temperature is 25 degrees. Don't use the microwave. Jakyung agreed and will prepare it.

Jakyung came down and Hiso was still looking at him. He felt that Jakyung's legs looked beautiful. Was it because you exercised when you were little? Jakyung said that he had been riding a horse. Hiso nodded in understanding. It turned out to be horse muscle. He smiled and felt that it was a joke only for close friends. He then invited Jakyung to have a drink together after work and get closer to each other. Jakyung agreed.

Jinho was trying on clothes. He doesn't understand whether Suhyuk has big ambitions or is just being heartless? He doesn't react when asked to get married at his age.

Seo Hyun, who was reading the news, knew that many people said that Dad was just pretending to be unconscious. There are people who are after us. He asked Jinho to control himself. Women, drinking, playing… Stop it all. Don't get caught. Jinho agreed. Seo Hyun then got up and left.

Seo Hyun saw about Sister Emma. He went into his study and looked at the video again. In fact, he was talking to someone at the time. I don't know what was said before. We don't have to meet again. He then called Hiso and told him that he was going to see Sister Emma. He would check his schedule and let him know when he was free. May I invite him to Cadenza? 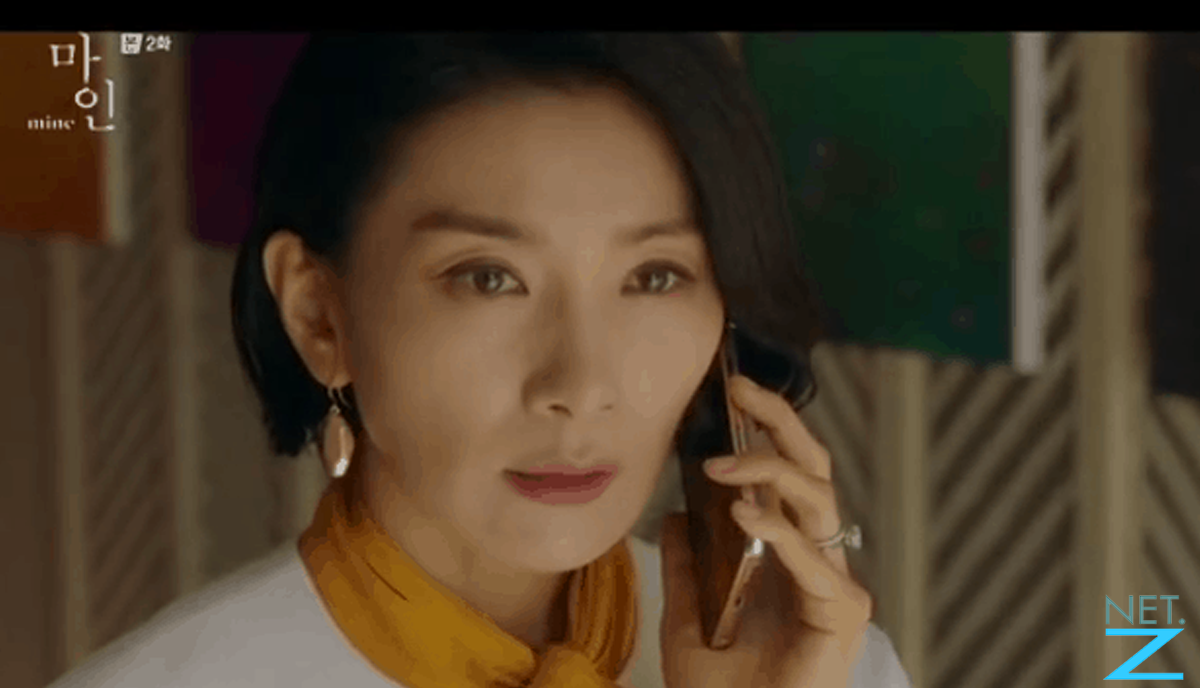 After the call with Seo Hyun, Hiso complains that everyone in the family always feels that he is the most important. He doesn't care about other people's schedules.

Hiso showed some of the paintings on his tablet to Jinkyung. He felt that it was extraordinary. He is only ten years old. He draws only with a pen or pencil. He drew the back of the clock when asked to draw the time.

Jinkyung asked if all the artists had autism? Hiso confirmed. He asked how their kako collaborated with the Seoul branch? He invites Jinkyung to make their dreams come true. He felt that his heart was burning again after returning from the exhibition. He felt he had to do his best to help people like them. He lives with one of them.

Jinkyung still feels happy to be able to do it. But… He mentioned Hiso's brother-in-law who is the director of Seohyun Gallery. He would definitely hate it if he knew Hiso was working with him.

Hiso felt that Seo Hyun was not interested in such an exhibition. He always focuses on famous international artists. He worked with Demian Koons. In addition, he is very busy opening a multicultural complex.

The contractor told them to leave it vacant so they could increase the interest. He also showed the design to Seo Hyun.

Seo Hyun walked with her secretary. He notifies if there is news in the group chat gallery managers. The works of children with autism funded by Hiso will appear at the Hawon Gallery. Seo Hyun just sighed. Everyone is never predictable. He was sure that the reporters would definitely contact them. He asked his secretary to say no comment. His secretary agreed.

Jinkyung went to Hajun's room and saw the writing. Weird. OUR RELATIONSHIP HAS ENDED I'M URGENT AND NO ONE WANTS TO HEAR ME.

Chief Joo then calls and asks if he wasn't told that all the maids have to report to him every Wednesday during lunchtime? Jakyung doesn't know.

Finally, Jakyung came there. All the maids are already gathered there and Chief Joo looks angry. He reprimanded Jakyung and asked where he worked before? They are an important part of the Hyowo family and must be ready to be contacted at any time in an emergency, and must be able to provide solutions to…

Jakyung emphasized that he was only Hajun to focus on. Better not to call him other than that business. Joo's head is getting annoyed. He even called out to Jakyung in a loud voice. Doesn't he have 0t@k?

Chief Joo and the others were shocked to see Jakyung's attitude just now.

Jakyung crossed paths with Jinhee. Jinhee asked who he was. Jakyung said that he was Hajun's tutor. Jinhee looked at him and asked if they had met? Jakyung felt that it was impossible.

Jinhee confirmed. There's no way he'd ever meet Jakyung because he was in a different class. He just looked familiar. Jinhee asked Jakyung to take good care of Hajun. He's still a kid so, needs a lot of help.

Jakyung asked what he meant but Jinhee didn't want to tell. He then went and told Jakyung to go too.

Jinhee went to his mother and mentioned that the board's meeting was about to start. He admits that he can't stand to see Ji Young leading the company. Mother feels that Ji Young is indeed the most qualified among them.

Jinhee couldn't believe that mother would give their company to Kim Mija's hated child. Mother told Jinhee to lower her voice. He arranges dinner with a girl who will marry Suhyuk. I have to get them engaged first.

Jinhee asked how many Hyowon shares they had and confirmed that mom would not support Jinho. He then gets a call telling him that his bread has been criticized on social media. He got annoyed and hung up the phone.

Mom asked what's the problem was? Jinhee informed that the bakery was hopeless. He regretted that he should have gotten a hotel. Why did dad give it to Jinho? Why did dad even give him an asset full of problems?

Mother even though Jinhee didn't know himself. He told that Jinho only got 3 hotels in Korea while Jinhee's bakery had 3,000 branches. Jinhee got up and was about to leave. Mom asks her to bring 10 cream buns later. He was craving sweets. 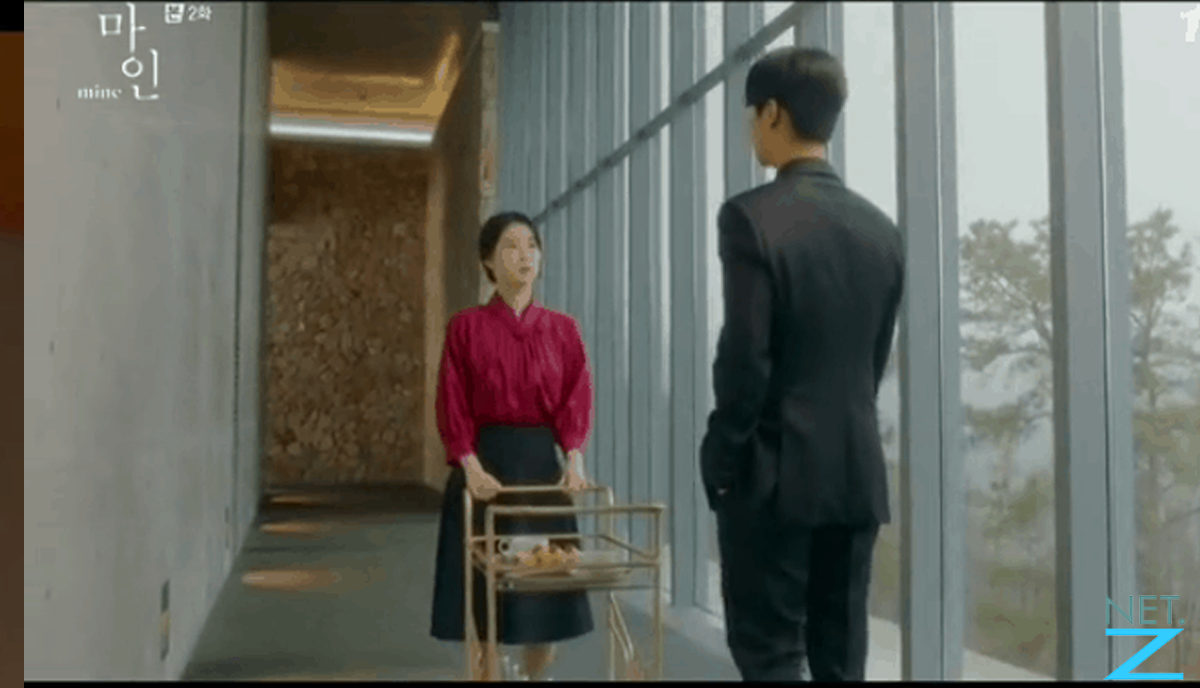 In his room, Suhyuk found his photo with his biological mother opened again. He turned it back down and came out and met with Yuyeon. With a cold face, he forbade Yuyeon to carelessly cross the line. He doesn't allow her to touch his things. Don't hold it.

Yuyeon was silent until Suhyuk left her. Can't think. He turned and looked at her but Suhyuk just kept walking.

In the car, Seo Hyun searches for her own name on the search engine. He then called Sister Emma. He called because he got information from Hiso who urged him to call him.

Seo Hyun had tea with Hiso. He admitted that he was a little disappointed in Hiso. Why did he work with Hawon for the exhibition? Hiso just smiled knowing that Seo Hyun already knew. He told me it wasn't a big exhibition. He rented the gallery a few days when it was empty. He thought it didn't suit him.

Hiso denied it. He's not that sneaky either. Seo Hyun points out that that's why she reprimanded her. As soon as the reporters smelled it, they would be said to be fighting. “Former Actress Seo Hi-soo Shows Work of Autistic Children at Another Gallery, Not at His Brother-in-law's Gallery.” “Brother-in-law Fighting Each Other,” “Coma Director, Who Takes Over?”

Hiso felt that Seo Hyun had spoken too much. Why was he so affected? He reminded her that she was a former actress. Attention? He felt he had had enough. He would ponder why his decision had offended him so much. He then said goodbye. A few steps later he turned around and asked Seo Hyun not to misunderstand again. Seo Hyun just sighed regretting her attitude.

Hiso walks in the park. Mr. Kim offers a ride but Hiso refuses. He wanted to take a walk and breathe fresh air. Mr. Kim agreed and left.

Read Next: Synopsis of Drama Mine Episode 2 Part 2 English Subtitles

Check Other Synopsis Korean Drama Mine