Geum Ran comes to the gym and as usual, everyone stares at her. Geum Ran went to the barbell lift and did 20 barbell lifts. Everyone saw Geum Ran and gathered behind the Doctor. Not only men, but women also looked at Geum Ran. When you're done doing 20 reps, lift the barbell and the people around you applaud.

And they returned home, Geum Ran was ordered to study by the doctor because he said beauty alone would not be enough. He also learned to cook.

"Be a very smart woman with a sexy mind-brain." Say, doctor

In the studio, there is Gyo Chae Yeon who is a presenter of news programs and news about her husband Lee Kang Joon being the CEO of HBS. And he was invited to the Gyo show.

“Congratulations on becoming the CEO. You are the youngest CEO in broadcast history, his inauguration speech was also broadcast over the internet. All attention is on you because of your different actions.” Say Gyo

“One thing I want to convey through my inauguration speech. What you see is not everything” said Lee

Back again to Lee who is being interviewed via video...

"You eat too much? do you have a stomach ache?" ask the doctor again

"Not my stomach.. it looks like something exploded." Answer Geum

"I think my implant ruptured I heard a pop. Hold on."

He wanted to be checked right away. What if it exploded? Should I have another operation or not? It was clear that Geum Ran was panicking. He didn't know what to do. But the doctor said that he was not a doctor. Geum Ran became confused.

“Hey, you don't need to train your tongue. You talk too much." Answer the doctor

“Both parties seem compatible and friendly. I don't think they exploded. Hurry up. Let's go". The doctor said as he grabbed Geum's hand.

But Geum refuses and pushes the doctor away.

"If you're not a doctor then who are you?"

Then the television broadcast the announcement of their marriage.

Some of the questions from journalists began to come together. Like asking the truth they went together...etc...

“First of all, I'm sorry I didn't tell you earlier and announced so suddenly. That's right, we will get married in 3 weeks," said Gyo Chae Yeon on television

"I won't let them get married.." Geum said while crying

At the house, which he said the doctor was looking at his childhood photo with Gyo Chae.. it turns out they know each other. He remembers when he was little when he got lost, he didn't know the way home and a car came from behind and stopped in front of him and it turned out to be Gyo. Maybe it was the beginning of their meeting...

"That's Gyo, right? What happened? Do you two know each other? Your relationship is special?" Geum asked continuously.

The doctor was just silent while looking left and right like someone who wanted to cross...
"Who the hell are you? You're not the doctor I thought you were.. who operated on me?" asked Geum Continues...

"I want to sell you after you become beautiful." Said the doctor's brother. Really bad yee :3

“Why would a human merchant want to help with revenge? It doesn't make sense..is Gyo the reason? He hurt you?” replied Geum

"He was taken from me!" he said

"The point is that your husband and Gyo's marriage should not happen". He continued his sentence
"Good"...

"We have the same basis. You want to stop the marriage, right? Let's focus on that.." replied Geum
Then they made a plan to thwart Lee and Gyo's marriage. He told Geum to seduce Lee to go straight to NC-17. He ordered to use it to annul the marriage. And Geum also agrees with the doctor's brother's words.

Lalau Geum also came to Lee's party wearing a dress that had been prepared by the doctor's brother .. and it turned out that the doctor's brother was disguised as a waiter at the party. Geum looks nervous. She was afraid that her husband would recognize her. But the doctor's sister believes Geum that her husband won't recognize her at all. He understood but he didn't know what to do. Then Geum went down the stairs. And Lee looked at him like he was interested in Geum. The doctor communicated through a small radio in his hand. Directs Geum to draw Lee's attention even further. But to no avail, Lee left them. 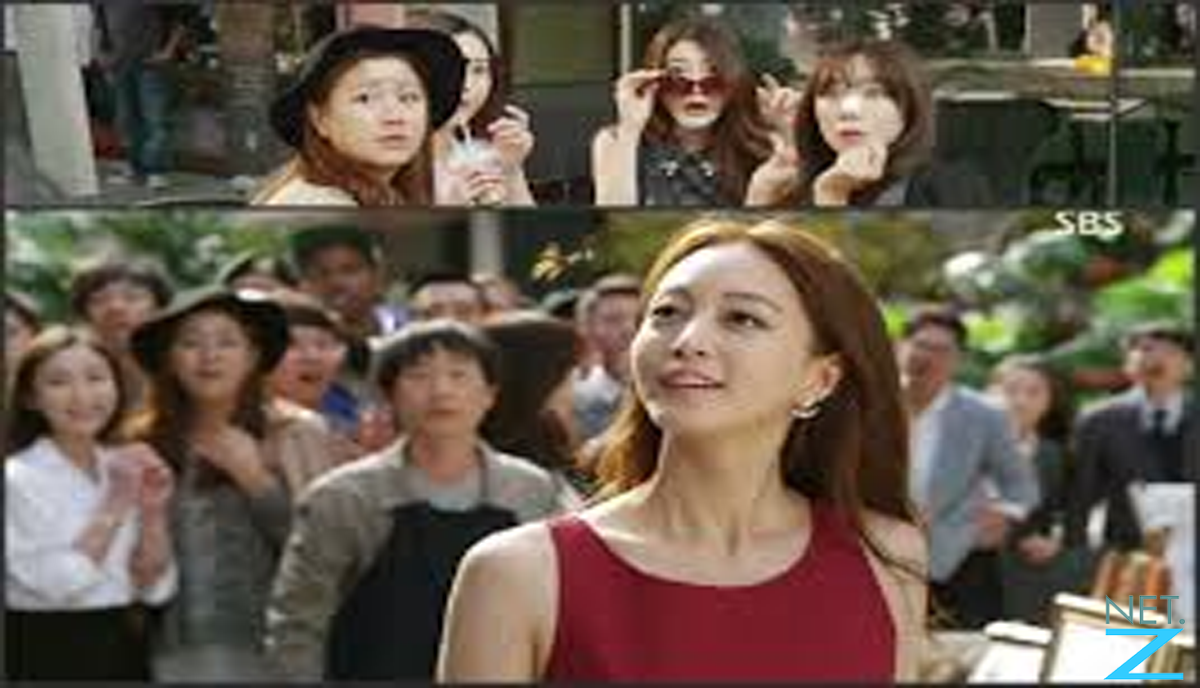 Geum Ran who goes to the GYM fulfills the result. Now body fat is only 9%. He has exceeded his goal. And Geum Ran thanked the doctor and asked...

“Can I have some good sushi, spicy dumplings, and blood sausage? You said it was my gift. So, I can only hold back my saliva all this time” in a happy tone

And Geum Ran went to the cafeteria near the GYM. He took off his hair tie and returned to the spotlight of the people around him

“With the cutting-edge technology of the 21st century, I am now in a 3D magical virtual studio. HBS was the last to enter this world. But if all employees can see above the surface, we will have a direct impact on the broadcasting industry. Remember that… what you see is not everything.”

“You forgot about sexy brains? Sexy women don't do this." While shouting at Geum

"I will pay attention, Doctor... But if I don't eat it once in a while, the monster inside me will appear... I will clean the training equipment" Geum replied leaving the Doctor

But just as Geum is cleaning the training equipment, he hears something explode. She thinks it's her implant that's ruptured

What is it?" asked the doctor while approaching Geum

"What do you mean? You are at the hospital wearing a doctor's dress. Then who are you if not a doctor? What kind of person are you?"

Then I heard the sound of the television.

He couldn't believe it and left what he said was the doctor alone... Geum Ran went to his mother-in-law's house and just stared at the house until the evening. Then Lee came home. Together with Gyo, they both make out in front of the house.

Geum Ran went home and saw a photo of the doctor with Gyo and the doctor came to take the photo that was being seen by Geum...

"The doctor at the change is my sister. I heard your condition and asked him for help. My sister operated on you.." he said

"It's okay ahjumma. Continue to plan B” he said

And they went to a place to continue the plan.

“Donate $100,000 to the charity event, you will have a chance to speak with Lee Kang Joon alone,” he said he's not a doctor

"That's not the problem. Come on let's go.." while taking Geum away from there

“You said you were curious about me right? I'll tell you 1 thing. About my identity. You know the top groups from the arts, entertainment, and restaurant industries right?”

Geum just laughs and says “good job doctor”. Joking is good for getting rid of nervousness, he said.
But even though the doctor said something serious, he said...

And the charity event was announced and the total was $37,000... Go announced the results...
The doctor tells Geum to donate $100,000 and if Lee Kang Joon talks to him, pretends to fall and tease him.

And Gyo also announced that today we have a special guest. Someone who donated $100,000. her name is Sara. Sara is Geum in disguise...

Geum raises his hand and is applauded.

"Are you Sarah?" asked Lee

But after they got acquainted with Geum Cekukan...

Then I heard Sara on the radio.

Then Gyo came over to Lee who was talking to Geum. Informing that the CEO of TBS has arrived. Geum next to him only hiccuped. Then Lee and Gyo Pun left after saying goodbye.
Geum is sad while hiccuping seeing her husband now with another woman...
Arriving at home Geum was scolded by the doctor.

"You know what that was?"

"They both look very happy. Even though I'm so pretty.. she doesn't even look at me.."

"You've been married before. The happiest time was before marriage. You should know it won't be easy to get in between them. Why are you crying? You're too kind. That's why you lost your husband" while yelling at Geum...

But the doctor decided to try again when Chae Yeon wasn't around and ordered to find a place where Lee could be alone.

"Come on, Ahjumma. We have 3 things. We have Korean beauty, genius brain, and wounds in our hearts. Understand?" the doctor said 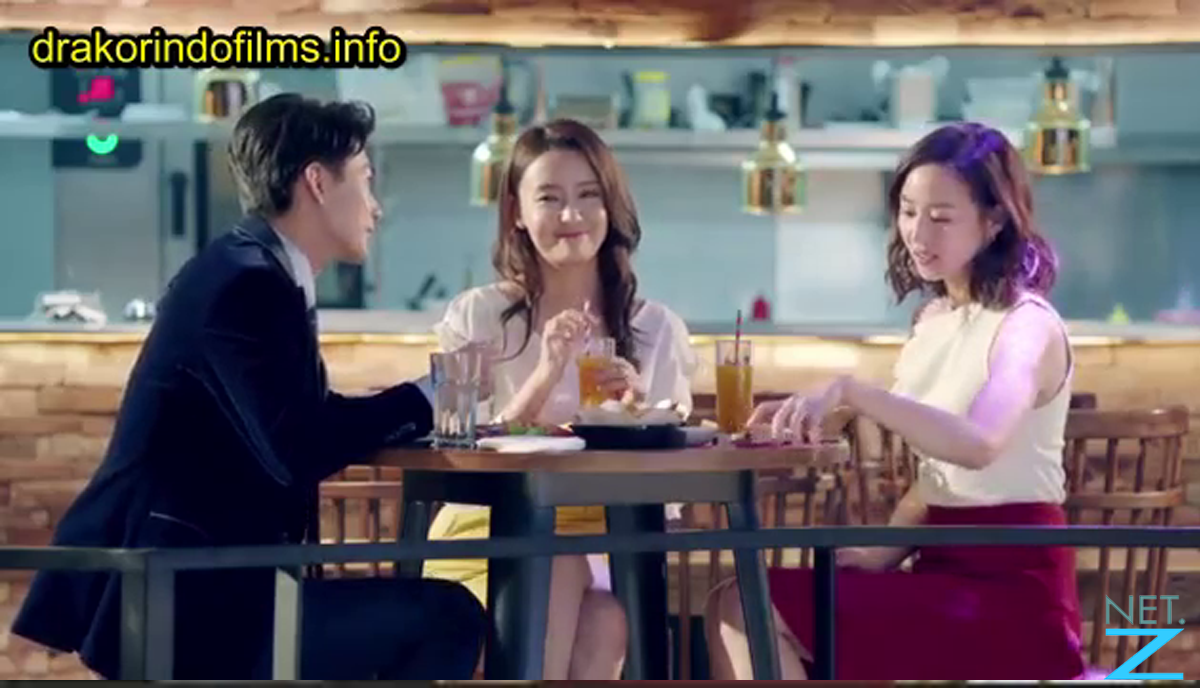 "CEO. The wedding dress is finished" said a waiter to Lee while directing it

"How?" said Gyo who was wearing a wedding dress

In a restaurant, there is Lee's family waiting for Lee to eat together...

"Chae and Oppa they are parked," said his sister Lee

"Your wish has been granted. You want to eat sticks and watch opera with your daughter-in-law… are you happy with the daughter-in-law you are proud of?” asked his sister lee

"If you say it twice, my mouth will hurt

t and I'll run out of breath if 3 times" replied his mother. (4x just let me die)
The mother continued her sentence

“Miss Korea contestant announcer being a daughter-in-law is not only good. If Chae Yeon had kids, her DNA would be amazing too. If I go with Geum Ran, it's best if we get points in the market. If I go with Chae Yeon. We will be VIPs in the department store.”

They both smiled.. but Lee's father spoke like scolding them.

“Why are you insulting our poor dead daughter-in-law?”

"I thought I was going to die laughing" replied Lee's sister, apparently her name is Min Young

"He's trying to keep the song from ruining, why are you laughing at his sense of responsibility?" his father defends Geum

They were both silent.. but when his father wanted to scold Min Young... Chae Yeon Dan Lee came and his father didn't get angry....

At home...Geum Ran and the doctor make the next plan. That is fishing...

"My husband goes fishing every Wednesday before going to America. Maybe he still does it" replied Geum

And they went fishing and they were right. There was Lee who was also fishing. Lee who saw Geum in trouble came to Geum

“I will help you,” said Lee

And Lee also gave the basic technique to Geum. Geum Ran looked very happy. And finally, they got 1 big fish. They both smile. And they're done fishing. Geum brings his own equipment. When wanting to be helped by Lee. Geum refuses. And the Doctor who saw from a distance signaled to let Lee carry his stuff. Geum Ran dropped his fishing gear and said heavy.. and they cleaned up together.
But He found Lee's grandmother's bracelet and said.

"It belonged to my grandmother, she died last month"

"Have you ever fished?" ask the doctor

Check Other Synopsis Korean Drama Birth of A Beauty

12 Kinds of Computer Software That Are Often Used, Understand Each Function