Netgenz - Synopsis | Signal is a Korean drama that was launched in 2016 and played by famous artist Kim Hye Soo and two of South Korea's best artists, Lee Je Hoon and Cho Jin Woong. 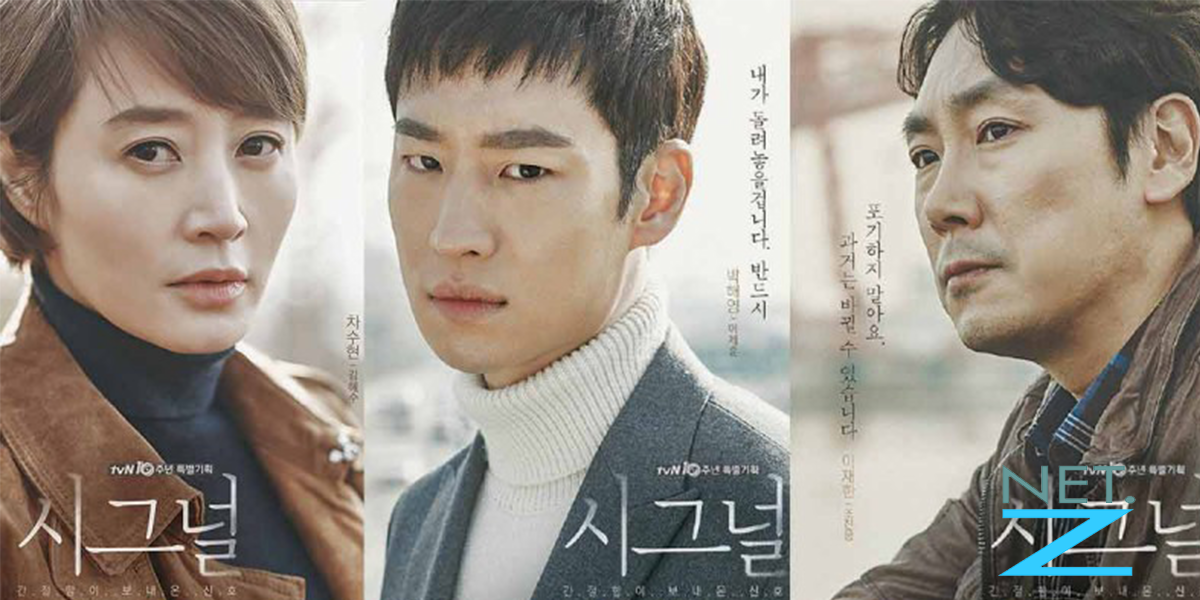 The Korean drama that first appeared on tvN on January 22, 2016, has 16 scenes. Signal drama is an adaptation of the real story, namely the serial murder case in Hwaseong, Gyeonggi Province, South Korea in 1986-1991.

The screenplay for the Korean drama Signal starts with Park Hae Young (played by Lee Je Hoon) whose profession is a detective who handles many criminal cases.

However, Hae Young actually doesn't want to be a detective because of the traumatic incident he experienced as a child. At that time, one of Hae Young's close friends, Yoon Jung, was stolen and found dead.

Scenario for Korean drama Signal which was launched in 2016 Young Hae Young witnessed a woman pick up Yoon Jung from school but the police faction was not convinced of her testimony. The case isn't over until Hae Young grows up and becomes a detective at the police station where he works. The screenplay for Korean dramas This signal continues when Hae Yong one day walks out of the office and hears that someone is trying to talk to him. Then he looked for the source of the sound but he found a walkie-talkie. The voice came from detective Lee Jae Han (played by Cho Jin Woong).

Lee Jae Han was apparently found dead. Jae Han was the one who was investigating the murder of Hae Young's colleague, Yoon Jung.

Then, can this detective trio reveal the death of Hae Young's colleague Yoon Jung with a walkie-talkie?

In 2016, Signal was confirmed as the best drama so far in the history of Korean cable television. The signal of success reached a rank of 12.54 %. Signal's success won the Best Drama and Best Screenplay at the BaekSang Arts Awards in the same year.

That's a short scenario of the Korean drama Signal that you can watch on legal video streaming services such as Viu, Video, or Netflix.